A Better Way To See Indonesia 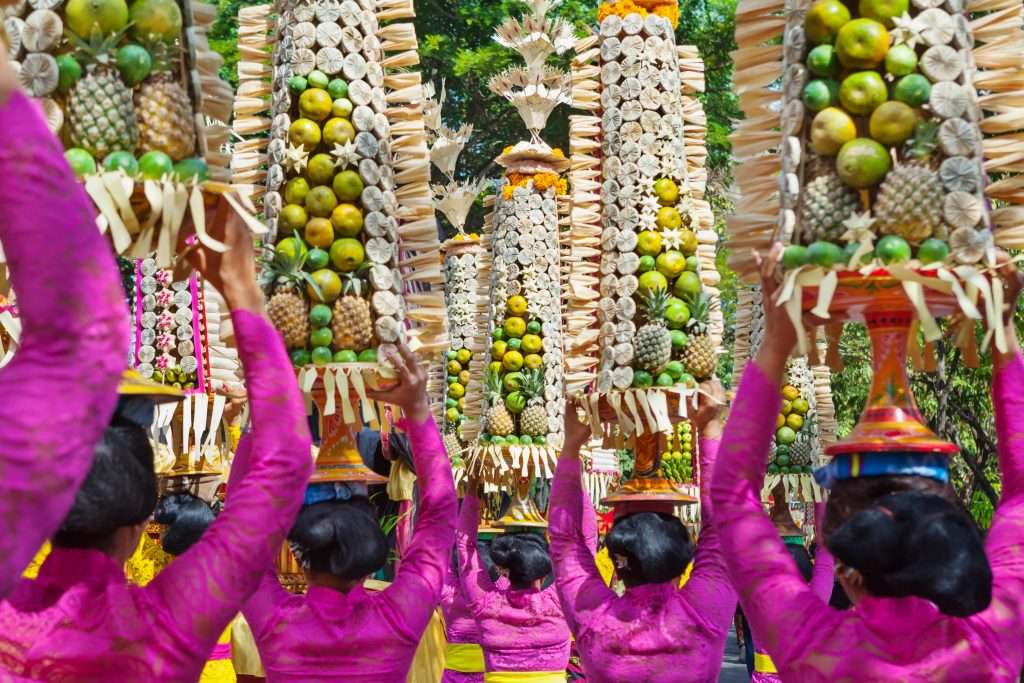 Balinese women carrying their ceremonial offerings, a daily sight on the island. (Photo from iStock)

For most travellers, Indonesia starts and ends with Bali.
It’s the hub of tourism in the country and a worldwide surfing and diving destination. The waves, nature, cheap lodging and easy-going vibes attract visitors from all over the world.

But with Bali’s rise and development has come a desire to discover less-visited, lesser known areas of the country. After all, Indonesia has more than 17,000 islands under its domain, meaning endless possibilities for travellers who stay mobile.

One way to see a lot without the hassle of moving around all the time is to jump on a boat and cruise through the islands. Maybe a cruise isn’t normally your thing, but don’t picture a 2,000-passenger ship. Instead, think small sailboats with small passenger loads, maybe a dozen or two.
Last month, we hopped aboard one such cruise with a company called SeaTrek Sailing Adventures, which operates two sailboats between Bali and Flores through Komodo National Park. Here are five takeaways from the experience 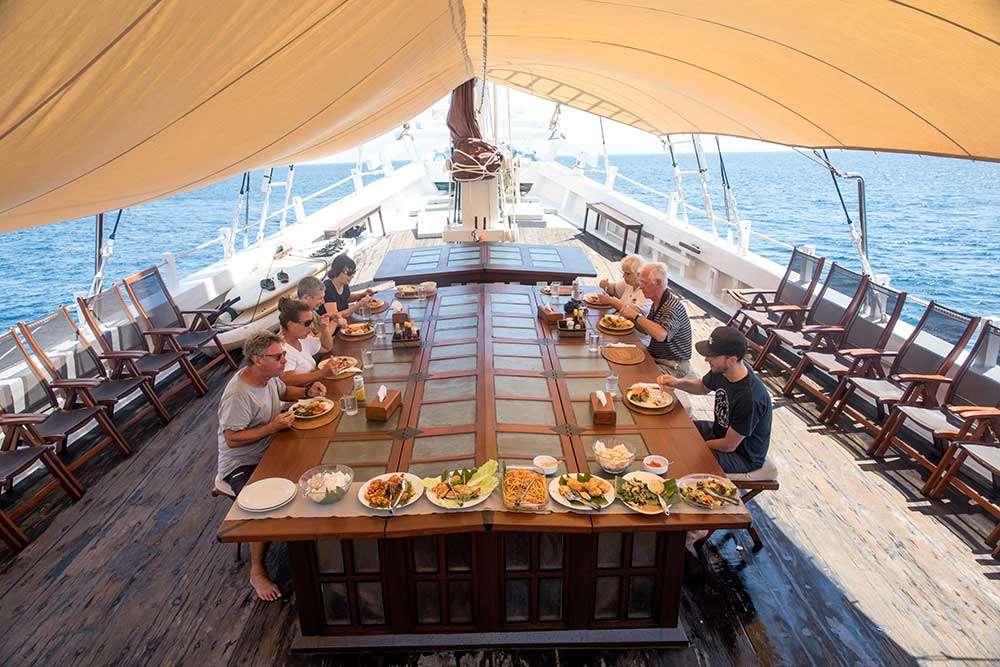 Small-ship operators around the world often have to explain that while they are technically offering a “cruise,” what they offer is nothing like a “cruise.”

SeaTrek’s double-mast sailboat mixes exploration and relaxation by providing enough perks to keep you comfortable—such as air-conditioning in the cabins and three meal services a day—but retains the spirit of adventure by letting the destination take centre stage.

Conversation with the guides, the island-chain scenery and crew-led guitar sing-along sessions are the entertainment. The tour leaders encourage you to browse books that follow up and/or provide perspective on your experiences that day, ensuring that learning and understanding is a major part of the journey.

Life on the boat is very simple.

One of the biggest gripes against “cruising” is that the ports are extremely commercialized and touristy, lacking a real sense of place. SeaTrek avoids that pitfall by offering an itinerary full of off-beat landings that are then guided. This means that you don’t hop off the boat, walk around without a clue and then get ice cream. 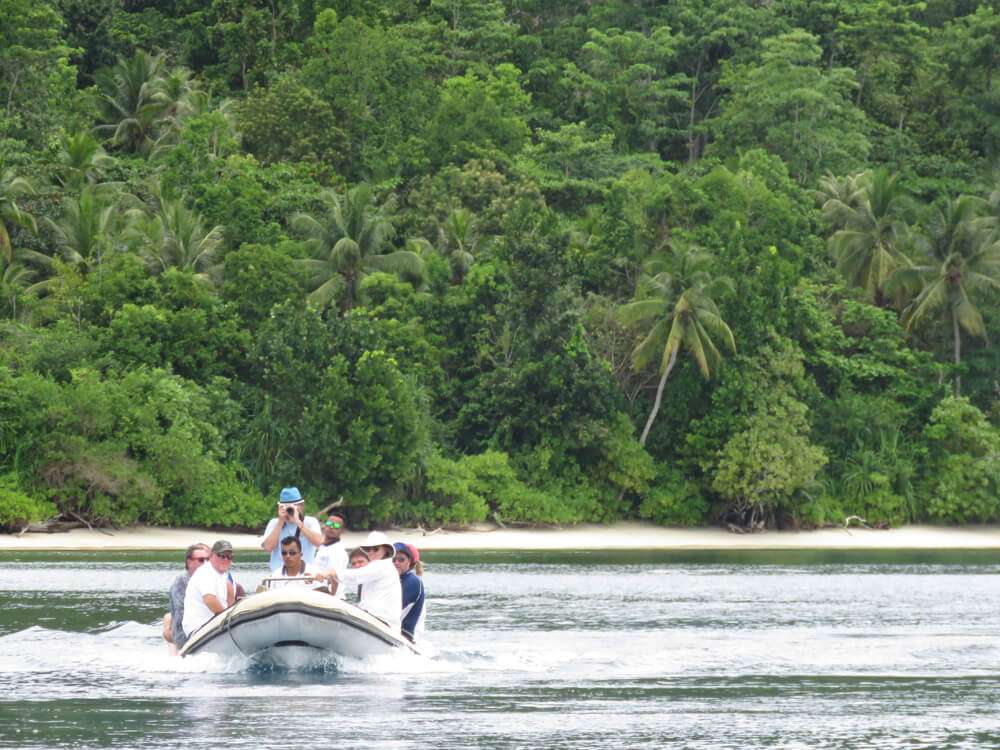 A wet landing on a remote island. (Photo by SeaTrek Sailing Adventures)

You get off the boat with purpose, with a guide, with a plan to explore and experience something unique and local.

My itinerary, called Dances, Dragons & Magical Lakes, started on the northeast point of Bali in Amed; visited a traditional Bajau “sea gypsy” village in Sumbawa; took us for a jungle hike on the small island of Moyo; a swim in the volcanic crater of Satonda; a private excursion in Komodo National Park to see the Komodo dragons; and visited the village of Melo for a demonstration of the “Caci,” or whip-fighting ritual.

None of these were “tourist trap” sort of stops—they all offered honest cultural and adventurous appeal. 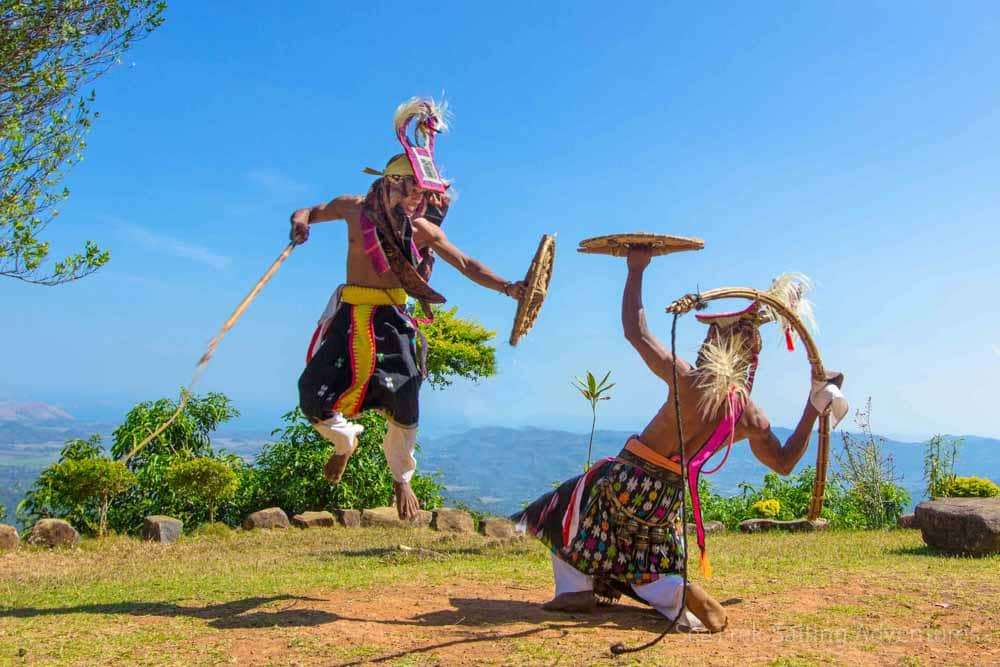 Keep in mind that the relaxing ying to this active yang is that, all the while, you are sailing through the volcanic-island chains, seeing smoke rising from the craters and watching the epic, streaking sunsets as you travel between. In this way, you are getting a glimpse of real life in these Indonesian islands, both the past and present, by visiting villages, hearing their stories and immersing in the surrounding nature. Another fear people have about cruises and boat travel is that it will render them inactive. It’s fun to watch the world go by, but many travellers don’t want a buffer between themselves and the destination. They want to jump in, literally and figuratively.

As you read above, SeaTrek’s itinerary is packed with cultural adventures, but it also offers you plenty of opportunities to be active in the ocean.
Indonesia is known throughout the world for its excellent diving and snorkelling, thanks to colourful and healthy reefs. Nearly every day (and sometimes twice), the boat stops while on its way to the next destination and drops anchor adjacent to a reef for you to snorkel.

Most of the stops are in the middle of nowhere and require a boat to access, meaning that you have the area all to yourself and a front row seat to see sea turtles, clown fish, waving sea fans, big brain coral, manta rays, eels and hundreds of reef fish. 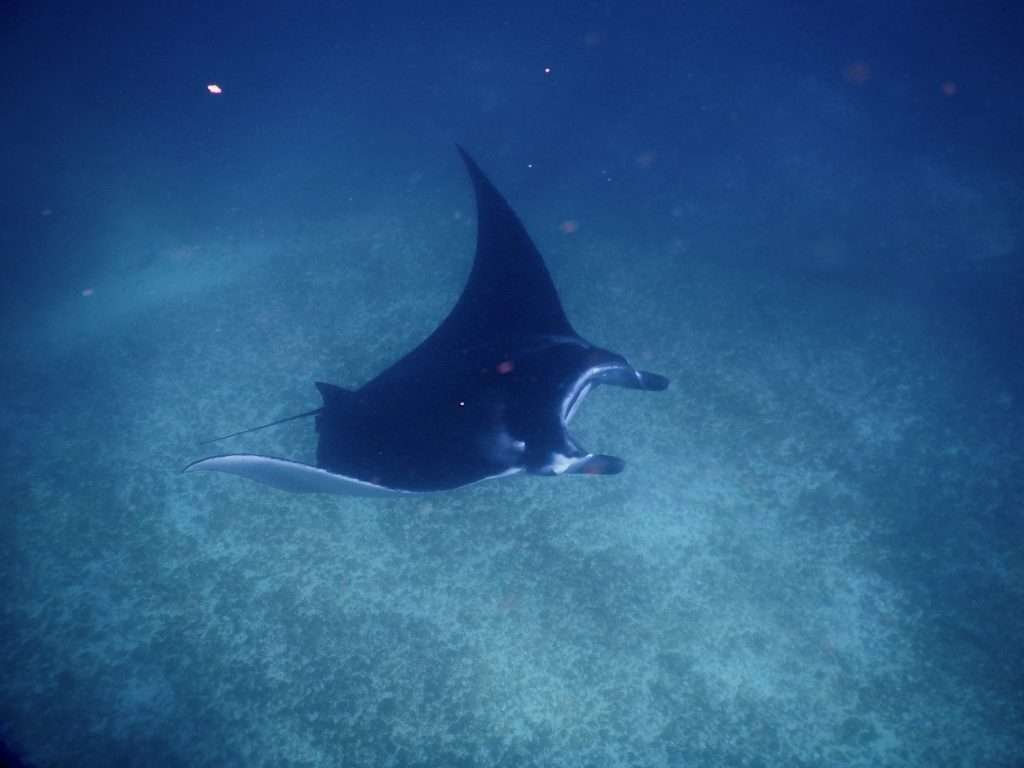 Would you go out to two different reefs twice a day to snorkel if you were staying on your own at a hotel on an island? If you did, it would take a lot of coordination, motivation and cost to make it happen. But when your sailboat pulls up alongside the reef and all you have to do is jump in or take a 3-minute dinghy ride, it’s hard to resist being active.

Okay, large-ship cruises might be the epitome of modern travel with all the bells and whistles of a floating resort, but small ship cruises still carry that nostalgic feel, especially one like SeaTrek when you are aboard a real sailboat.

For me, it was rewarding to think of all the great explorers that had come through this island chain over the centuries, most significantly in search of the Spice Islands, as they came to be called. Back in the “trading days,” Indonesia was known for its production of nutmeg and cloves, among others, centred in a chain of more than 1,000 islands northeast of Komodo National Park called the Maluku Islands.
There are countless books that recount tales of traders and explorers who travelled these islands in search of spices, including Magellan, who died in the Philippines en route to Indonesia. With these stories and history as a backdrop, sailing through Indonesia’s waters can take on a whole new meaning. 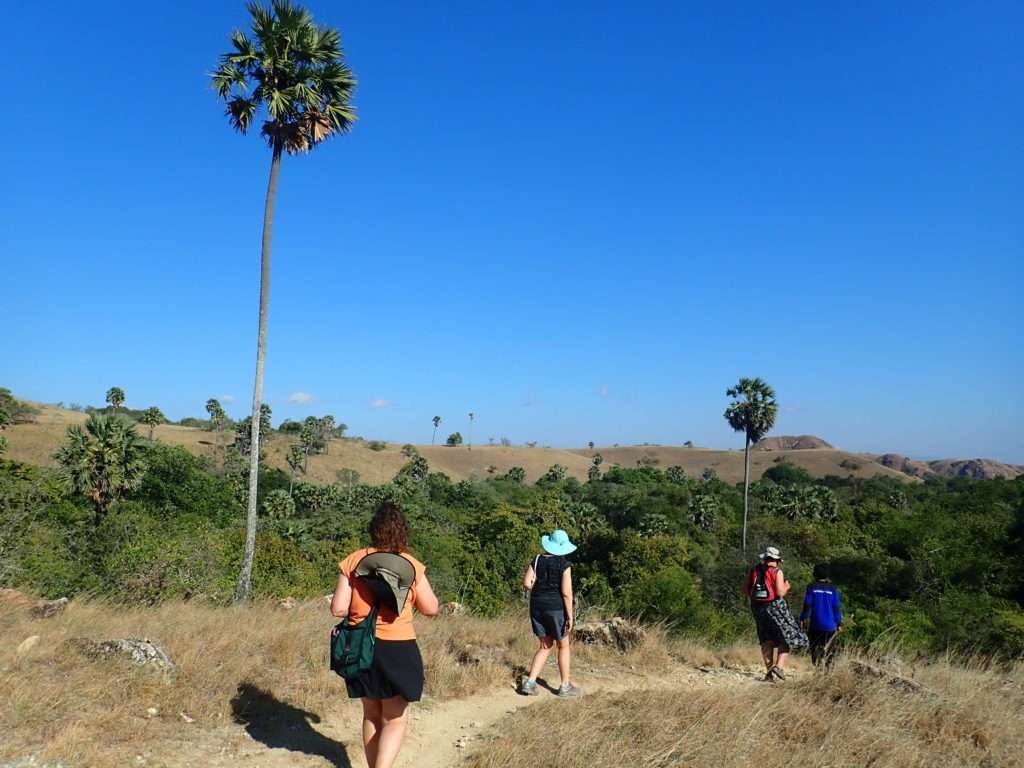 Trekking in the savannah of Komodo Island. (Photo by SeaTrek Sailing Adventures)

One of the things I came to notice early and often was the other people on the boat.

Many of the larger cruises I’ve been on are full of older-generation travellers or first-time family travellers. That was not the case with SeaTrek; My fellow passengers were no rookie vacationers. They were experienced, active travellers who had been around the block. At dinners, they shared stories from around the globe.

One British couple was travelling Southeast Asia for six months. An American couple had recently been to Antarctica. A Swiss family was looking forward to an annual ski trip this winter. It seemed like everyone was coming or going somewhere, and they all had tall tales to tell.
Hearing their perspective on what we were experiencing each day was really rewarding. This is the type of traveller that small ship cruises attract and the type of people you will probably cross paths with again somewhere down the line, somewhere in the world. Here’s hoping.