Something keeps drawing me back to Komodo National Park, and it’s not just the lure of the dragons, there’s so much more…

I’ve been to Komodo eight times now. You’d think that once you’ve seen one dragon you’ve seen them all, but each one of my Komodo adventures has been a unique and wonderful experience.
The first time I visited the National Park was in 2001. Landing at the bay of Loh Liang on Komodo Island, all those years ago, I was struck by an eerie sense of desolation. There appeared to be no sign of life apart from some extraordinary footprints in the compacted sand, showing clearly-defined claw marks accompanied by the telltale tracks of a rear appendage, without doubt a primeval monster. The only visible place of refuge was a weatherworn hut, which proved to be the information centre; it was a little museum, quaint, charming and neglected. There were a number of functional displays describing the evolution and life cycle of the dragons, but very little else apart from an antiquated filing cabinet and a rack displaying some postcards and a rather unnerving stock of pain killing tablets and bandages. On the wall were some large oil paintings illustrating the aims and targets of the National Park. I was captivated by one that reminded me of a scene from ‘Jurassic Park’ featuring a small ferry-boat about to be crushed in the jaws of a giant Komodo dragon, against the backdrop of a blackened sky and a dark menacing sea.

Despite my trepidation, this was not the reception that I had anticipated on Komodo Island. Somehow I had expected it to be more commercial with sophisticated facilities. Yet I took delight in its lack of refinement; its peculiar ambience gave me the feeling of being on a par with the early explorers. 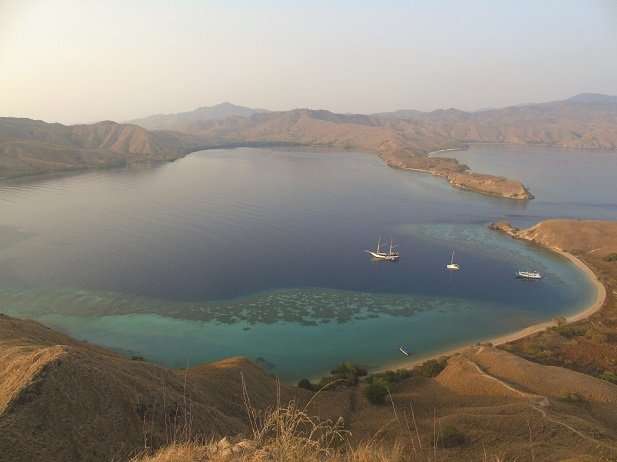 On that first visit, we arrived too late in the day to go dragon spotting, so instead, with the permission of the park rangers, we lit a driftwood-and-coconut-husk-fuelled-fire on the beach, and barbequed our freshly-caught fish. Strange noises emanated from the scrub, animals crashed through the undergrowth and our evening was enlivened by jokes about monsters and Bugis (boogey) men.

The next morning, the atmosphere on Komodo was more industrious. A few hawkers had set up some makeshift stalls selling pearls and woodcarvings, and our guide, armed with a forked wooden stick, led us inland through the tropical savannah forest. Timor deer and wild boar nervously darted through the lontar palms, prey to the ambush hunters that have no enemies apart from their own kind. Heading up the dry riverbed towards Banu Nggulang, I spotted rare orchids, a flying lizard, a pair of megapodes, and a gang of sulphur-crested cockatoos. 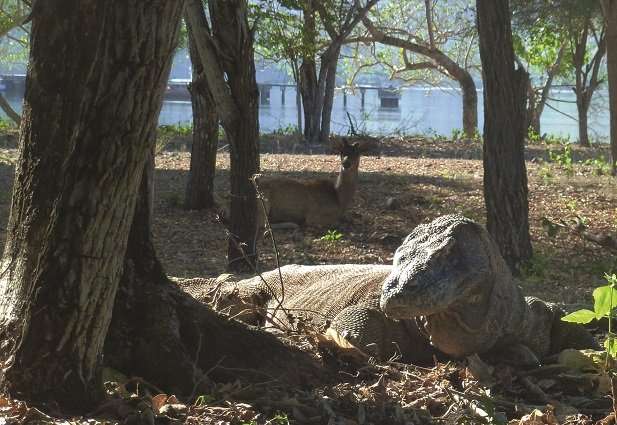 Nevertheless, the Komodo dragons – the most dangerous predatory lizards in existence – were our goal and we eventually found a female guarding her nest. Her beady eyes regarded my orange T-shirt as she lifted her head and showed us her yellow forked tongue. We saw another one just 200 metres up the track; Indonesia’s living dinosaurs in their natural environment.

Nowadays, Komodo is somewhat more commercial, sporting a smart visitor centre, a second jetty and stricter rules – you certainly wouldn’t get permission to build a bonfire on the beach. In 2011, it was controversially named one of the New Seven Wonders of Nature, which drew attention to the destination, attracting 800-passenger-cruise-liners, as well as the small wooden boats that can be chartered in Labuan Bajo, and the traditional pinisi schooners. Yet despite this, Komodo is not exactly over-run with tourists, the guides are still armed only with forked wooden sticks, and the island retains its air of mystique. 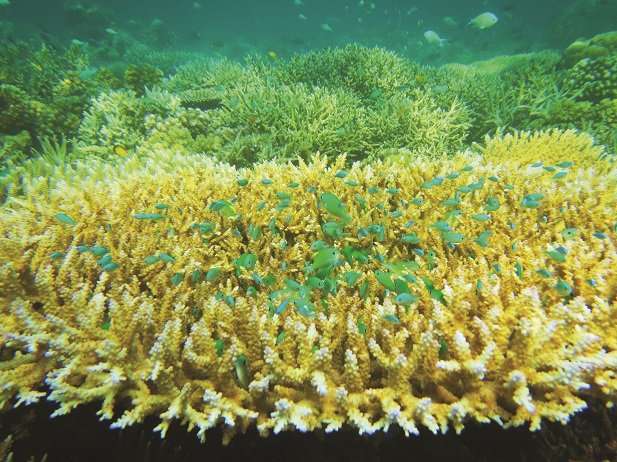 In addition to the dragons, which can be seen on both the islands of Rinca and Komodo, along with an extraordinary variety of birds and wildlife, the waters of the national park are home to over 1,000 species of marine life. The area offers world-class snorkelling and diving on the coral reefs, as well as superb trekking through a jagged volcanic landscape straight out of King Kong (the movies were inspired by W Douglas Burden’s expedition to Komodo in 1932). Komodo island is also home to the famous Pantai Merah, a pink-sand beach formed by white limestone mixed with tiny particles of deep red, coral-like foraminifera. Here, the sea is cool and crystal clear, and the water garden beneath the surface so perfect that it looks as if it has been lovingly manicured by human hands. Another must for snorkellers and divers is Manta Point, which, as the name suggests, is the place for a manta ray encounter. Gili Lawa Darat, meanwhile, is an island to the northeast of Komodo, where a short steep hike to a 230-metre peak offers spectacular views across the park. Close to Rinca, boats anchor off Kalong Island at sunset to witness the hundreds of thousands of flying foxes, which emerge in a steady throng from the forest. Finally, Padar, the third largest island in the Komodo National Park, presents another pink beach, only this one is deserted, its sand reminiscent of white flour mixed with ground red chilli pepper, as if in preparation for a spicy batter. 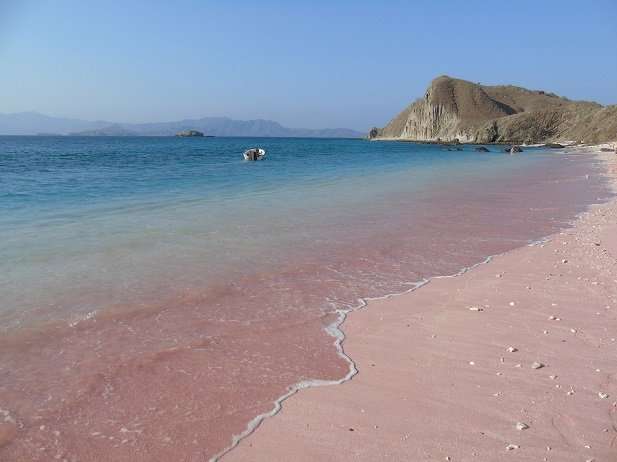 To get to Komodo National Park, take a picturesque 90-minute flight from Bali to Labuan Bajo in Flores, from where Rinca Island is a two-hour boat trip and Komodo a four-hour boat trip. Alternatively do it in style with SeaTrek Sailing Adventures on one of their luxury pinisi boats. [FRV]