Way back in the 1980s, I remember sitting down with my parents every Sunday evening to watch the BBC TV series, Ring of Fire.

This Indonesian odyssey documented the ten-year voyage of two English adventurers, Lawrence Blair and his late brother Lorne, through the world’s largest and least-known archipelago. 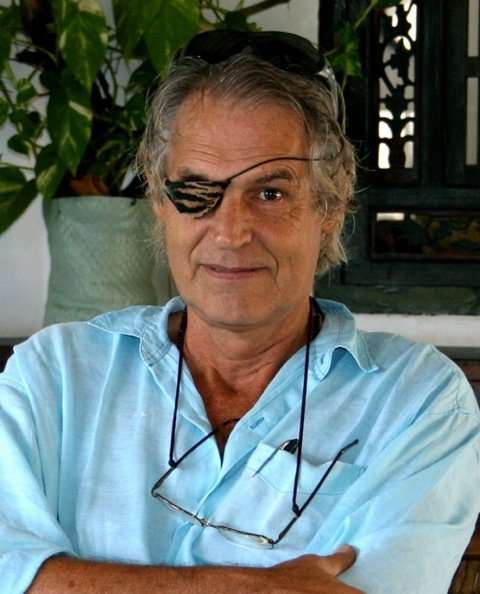 Travelling across uncharted lands, through islands where no white-faced people had ever set foot, they explored places still blank and unknown on maps. The brothers sailed with pirates, got lost at sea, encountered primitive tribes and exotic creatures, lived with shamans and headhunters, and delved into the secrets surrounding the gods, demons and spirits of the oceans, jungles and mountains.

Their extraordinary and captivating story, which they filmed on a 16mm camera, had such a powerful and lasting impact upon me that I later moved to Indonesia, to the relative safety and comfort of Bali, in pursuit of a dream to explore many of these incredible places.

My dreams are now being realised, albeit in more ease and comfort than my hero. With the help of air travel, modern communications, and, more recently, with Bali-based sailing adventure company SeaTrekSailing Adventures, I’ve explored Borneo, the Komodo islands, the Spice Islands, Raja Ampat and other exotic places.

I never imagined, all those years back in my parents’ living room, that I would one day meet Lawrence Blair and hear some of those astonishing pirate, shaman, cannibal and dangerous animal stories from the man himself.

Yet, Bali is the place he calls home and I often see him around, or attend one of his film screenings, charmingly presented by the great adventurer himself.

Today, I have arranged to meet him at a café beside Legian Beach, not far from his home. He arrives on a bicycle, wearing his customary white cotton shirt and an eyepatch, which makes him look remarkably pirate-like.

He used to have a parrot called Dicky (for ‘Ridiculous’), a much-loved companion, who would perch on his shoulder to corroborate the pirate myth.

As we tuck into our meal, he regales me with stories of his adventures, and future exciting plans.

As well as writing, presenting and co-producing Ring of Fire, a winner of two Emmy awards in 1988, subsequently airing on TV in 63 nations, Dr. Lawrence Blair authored the film’s best-selling companion book.

He wrote and presented, for SKY TV UK, the five films in the series ‘Myths, Magic and Monsters’, which explores the stranger sides of both nature and the human mind, as well as ‘Bali – Island of the Dogs’, which won Best Overall Film Award in 2011 at the Balinale International Film Festival.

In 2015, he co-wrote and co-presented the three-part Animal Planet series ‘The Coral Triangle’.

Lawrence reveals that, in collaboration with Richard Branson, he’s busy planning his next five-part TV series, documenting a deep submersible exploration of the Indonesian waters.

Dr Blair in the Komodo Islands

Lawrence says he was deeply influenced by the 19th Century naturalist Alfred Russell Wallace, who spend eight years exploring what is now the Indonesian Archipelago.

He loves animals, shells and butterflies, and he makes a habit of domesticating strange wild animals, including Dicky the Ridiculous, his sadly-now-deceased, parrot.

His hobbies include scuba diving and boogie boarding, and he is fascinated by sea creatures and the cutting edge of natural science.

Lawrence shares his passion for the diversity of nature and the footprints of history by giving lectures and talks around the world, in particular aboard ships and sailing boats plying the waters of Southeast Asia.

Lawrence and I finish our lunch. He’s heading off on another adventure tomorrow and he’s got a busy afternoon ahead of him.

As he cycles away, the waiter comes to clear our table: “Lawrence is such an interesting man”, he beams.

And then, “Have you finished with your bread?”

I nod as he breaks off a piece of the bread, walks over to a shady sea-hibiscus tree and handfeeds it to a squirrel.

“I love animals too,” he smiles.

You too can meet the fascinating Dr Lawrence Blair and hear many of his exotic tales first-hand. This September, the dynamic explorer will be the prestigious guest-expert aboard SeaTrek Sailing Adventures’ The Scents of the Spice Islands cruise.