THE MAGIC EELS OF AMBON

On a sailing voyage through the Maluku Islands, I found myself in Ambon. The Portuguese sailed into these waters in the 16th century with their tall ships, on a quest to conquer the islands. They built forts and attempted to monopolise the spice trade, which was already well entrenched on the tiny island.

As I was exploring one of the forts, I struck up a conversation with a local who asked me if I had heard of the sacred eel that sometimes appears in a pond in a small village just outside of Ambon city. That was enough to pique my interest, and I headed off in search of Waai Village, which was around one hour’s drive along the coast from Ambon. 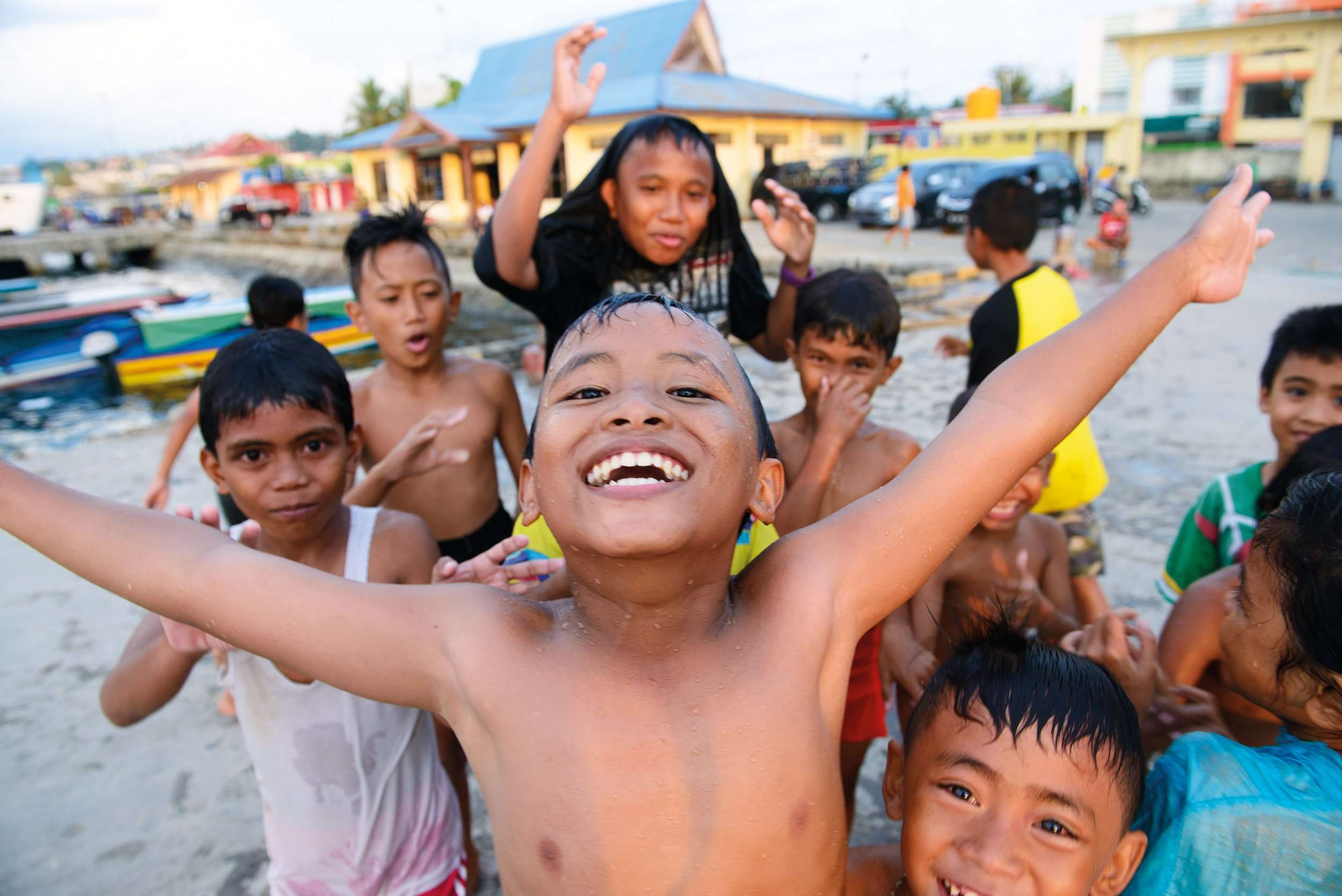 On arrival in Waai, I managed to track down Afandy, the 18-year-old guardian of the pond, and he eagerly confirmed that not one, but two sacred eels visit the pond. He told me that this only ever happens after special holy rites have been performed.

Afandy went on to explain how the village goes into lock-down twice a year. No outsiders are permitted to enter Waai Village during this time. A ceremony is held, and begins with seven spears being thrown by chosen village members. The ritual, which dates back hundreds of years, calls in the sacred eels. These appear on cue once all rites are conducted. 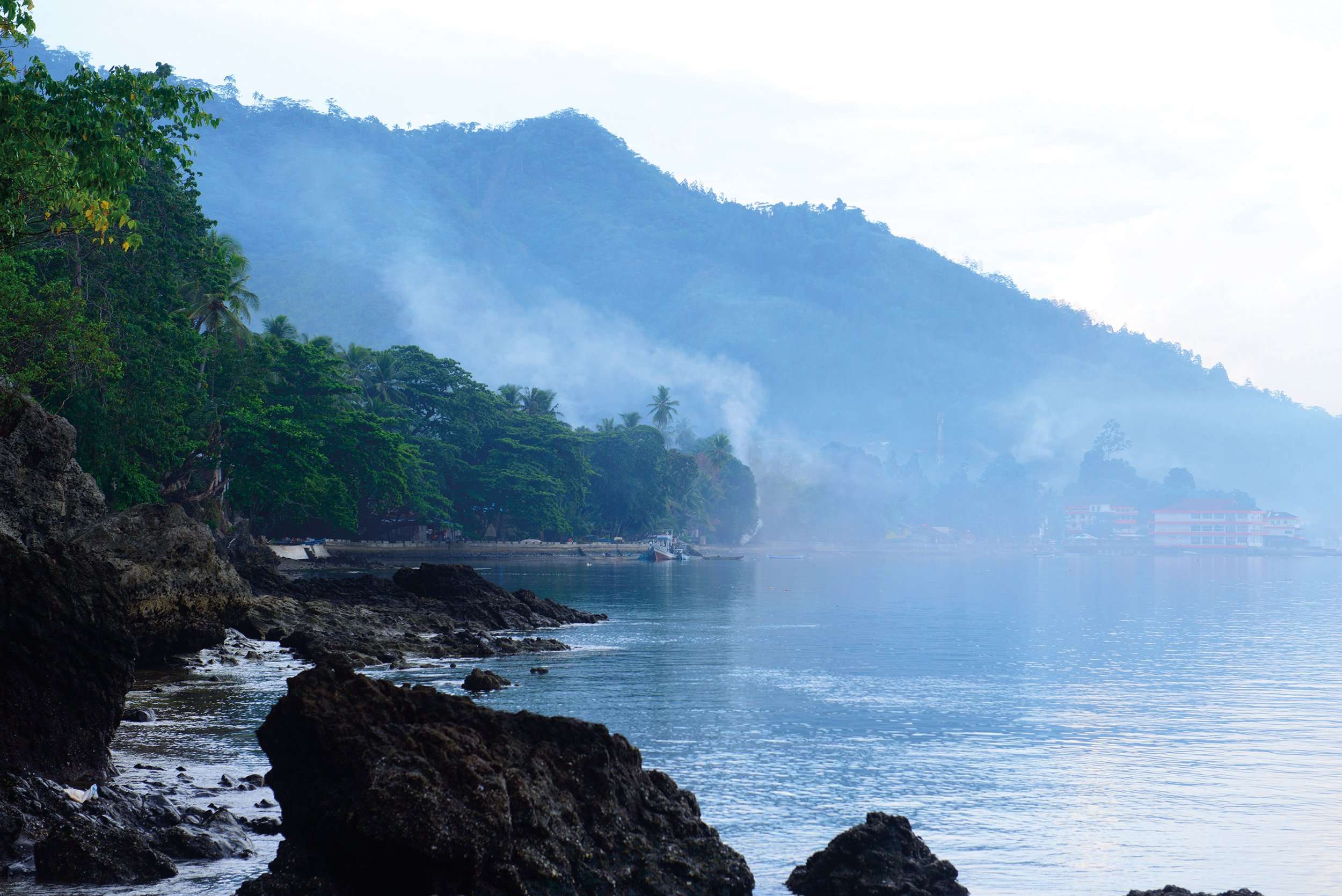 Afandy told me, “I have been the guardian of the eels for eight years. My grandfather was the keeper before me. He was from the Alfur tribe, and originally came from the neighbouring island of Seram. He has been seeing the sacred eels since he was 20 years old. Now he is too old to continue his work. He lives over there in the wooden house tucked away behind the trees, Afandy added, “My grandfather is very sick and so does not like to receive visitors”.

Casually picking up a raw egg from a small basket near his feet, Afandy offered, “Here, have one of these”. He went on to explain how the “regular” eels love to eat eggs and how, through feeding and spending time with them, over the years he has earned their trust. Afandy is known in the village as “the eel whisperer” and is very confident about getting in the water and having these huge eels, the size of a man’s arm, swim around him and take eggs from his hand. “I never get bitten because the eels know me well and we have a bond. I am pretty much safe. For you, I do not recommend you get in the pond.” He then proceeded to crack the top of the egg on a rock and wade out into the middle of the pond with the egg in hand. A long, shiny grey eel slithered up to him and promptly sucked the contents out of the shell. 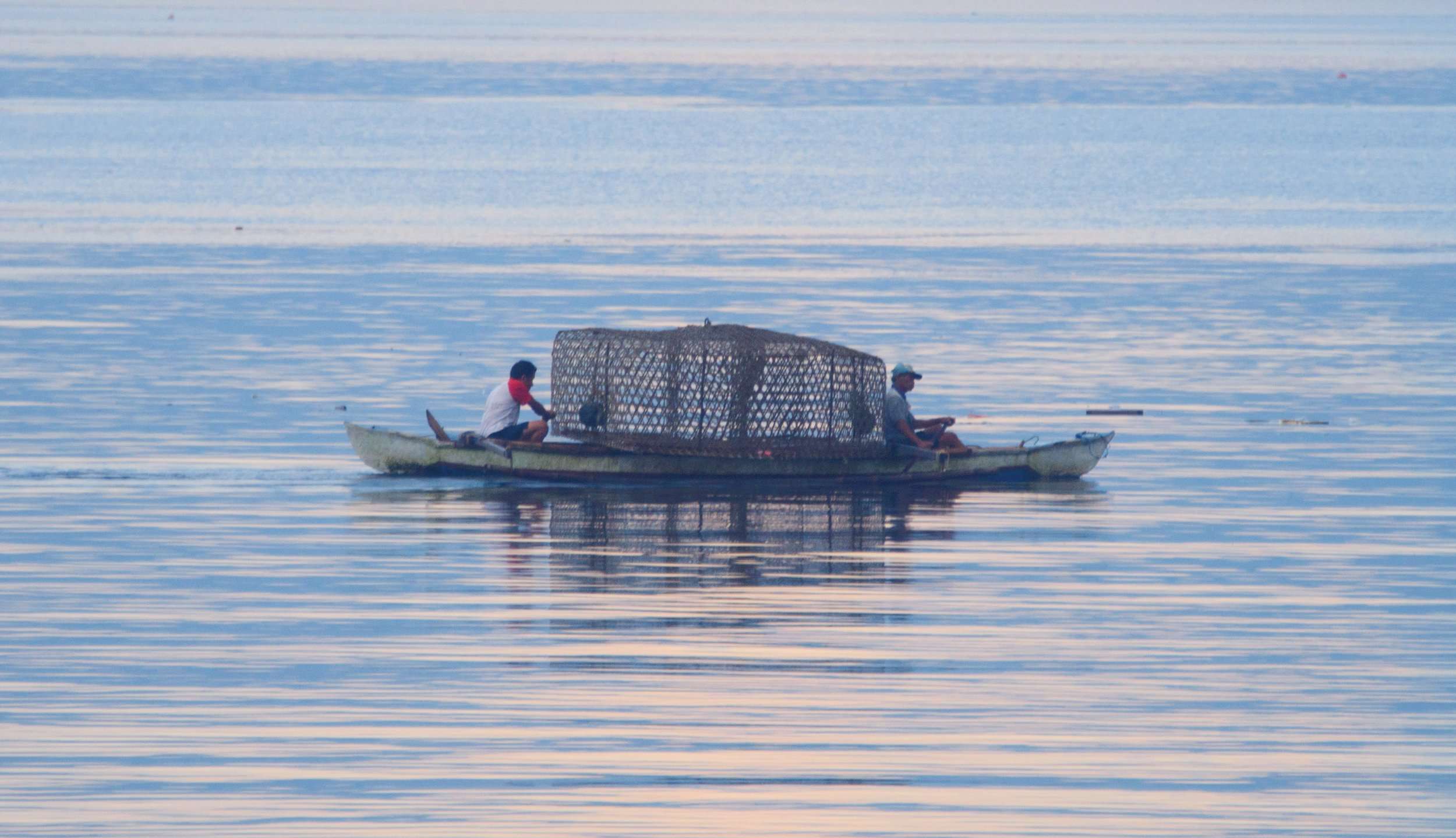 The pond is fed by an underground spring, and the eels are free to go between the two separate ponds through an underwater passage. Next to the pond, normal village life goes on. There was some pretty rigorous clothes washing action in progress, and the local women were chatting and going nonchalantly about their daily life next to the sacred pond, not seeming to be bothered by the giant egg-eating eels who were happily swimming very close to them.

“The pond is fed by spring water which emerged hundreds of years ago”, Afandy told me. “Seven spears were thrown, along with a coconut – that is important. I don’t know why, but that is the way it was told to me by my grandfather”. He continued, “The spears went in different directions, and one special spear landed here where we are sitting now. That spear marked the spot of this spring. We call this pond Waaiselaka, which means water (waai) and silver (selaka) in our Melayu dialect.”

The ceremony is held twice a year, once in January and at one other time set by the village council. Twice a year, the leader, who is called “the captain” locks the bridge so no traffic can get through. A key is attached to a special spear which is brought down from the neighbouring village of Tulehu (meaning “under the tree”) and Liang village (meaning “under the ground”). The key holds special significance, a secret conveyed in a dream that Afandy’s grandfather had long ago.

The ceremony is called Kunci Negri, meaning “key country”. First, the village priest assigns seven men to throw seven spears and then the captain, who wears special traditional clothes, performs a bathing ritual at the spring. Also, a traditional dance, called the Kabasaran or Cakalele, is performed. The dance is a traditional Malukan war dance. However, it can also be used in customary celebrations, such as the Kunci Negri. 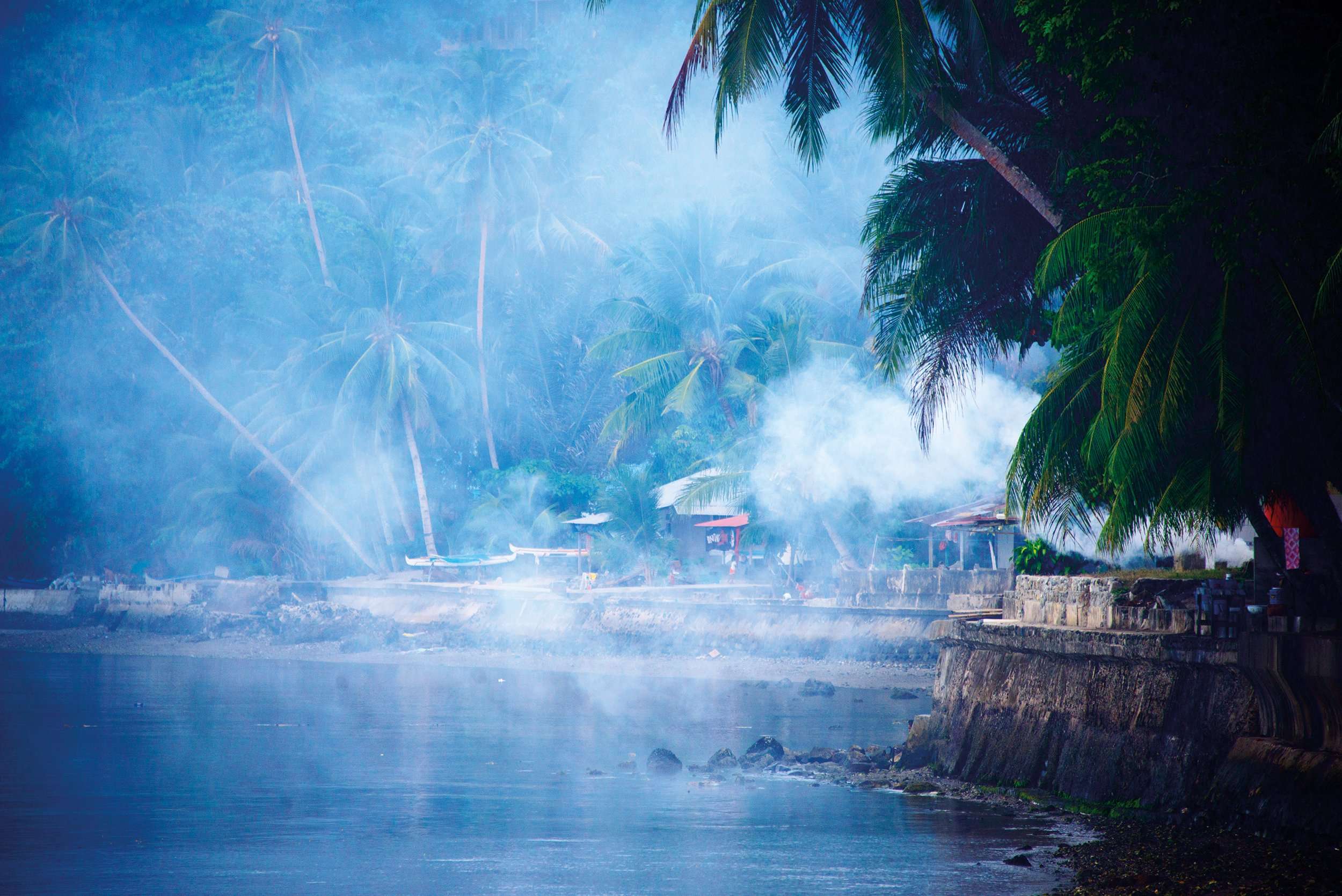 Two sacred eels then appear. The villagers believe the eels are their ancestors. Afandy explained in a very matter-of-fact tone, “One is fatter than the other, and they are thicker than regular eels and also shorter in length. One wears a woven necktie, and the other wears a gold earring. It is true. I have seen it for myself. We don’t know where they come from. They appear at this spot. This is a very sacred place”.

Afandy left me with a word of warning, “Do not eat eel when you are in Ambon. It is believed that if you eat eel, your skin will turn into eel skin and will not look good. Everyone knows about that. Please take heed.” With that, he quietly took his leave, this fine young man, keeper of the sacred eel pond, guardian and storyteller of the ancient ritual of Waai village.