SOME FUN FACTS ABOUT SPERM WHALES

1) HOW DO SPERM WHALES GET THEIR NAME?

Sperm whales are named after the white waxy substance located in their heads called spermaceti, which is produced by a barrel-shaped organ in the and gives them their distinctive shape. Early whalers suspected was used in reproduction and named it accordingy - the word meaning 'whale seed'. Modern biologists now suspect otherwise, and have postulated that it might be used for either for vocalization, a shock absorber to protect the brain of rutting males in mating season, or even as a buoyancy regulator. Nobody really knows.

2) WHAT DO SPERM WHALES EAT?

Sperm whales' favourite food is squid, especially the giant variety. Females can eat up to 700 regular squid every day, while a male will surprisingly only eat about half that much. Stomach content analysis by biologists have found that giant squid are one of about a dozen different squid species that form part of the diet, and seeing that giant squid live at extreme depth, it also proves that sperm whales are incredible divers. It's not an easy meal, however, if the nasty-looking, cup-shaped scars found on the sperm whales' snout are anything to go by. 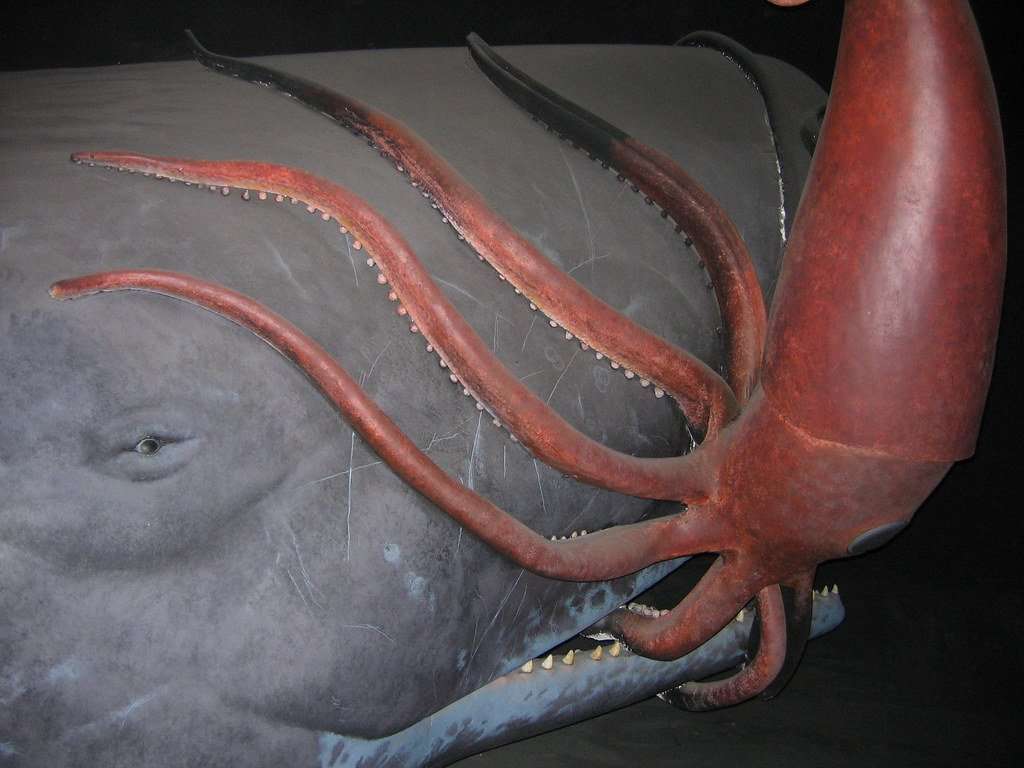 3) HOW BIG ARE SPERM WHALES?

Male sperm whales can grow up to 18 metres and females 13 metres, with the head making up a third of the animal's length. They can weigh in at anywhere between 35 and 57 tonnes. 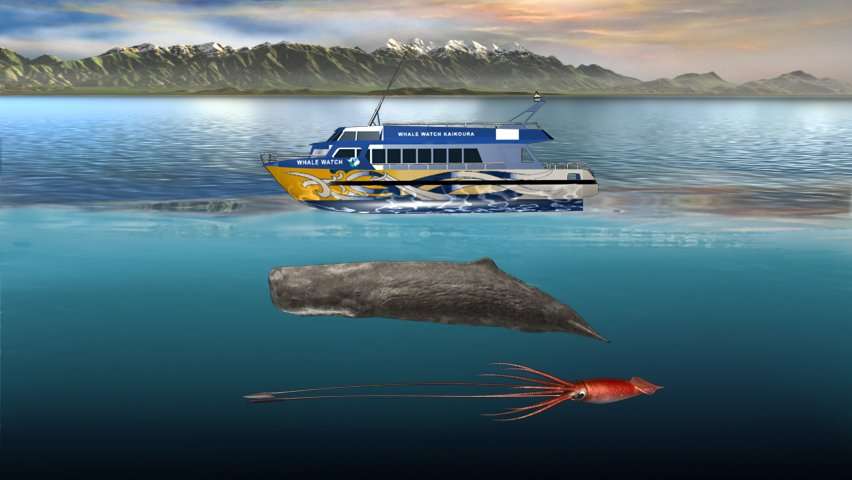 Sperm whales have been recorded at depths of up to a kilometre below the surface, and can dive for as long as 90 minutes between breaths. 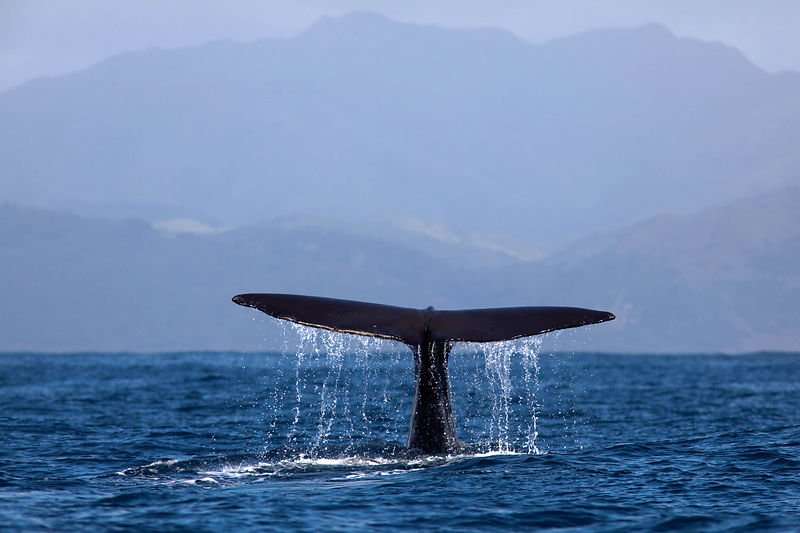 Forget tigers and crocodiles, the sperm whale's teeth are the biggest of any predator on the planet. They have 20 to 26 pairs of teeth running along the bottom jaw that all fit into hollow slots on the upper jaw. They weigh as much as a kilogram, and are anywhere between 10 and 20cm long. Early whalers used to use the teeth as souvenirs, where they would carve seascapes into the enamel in an artform known as scrimshaw. 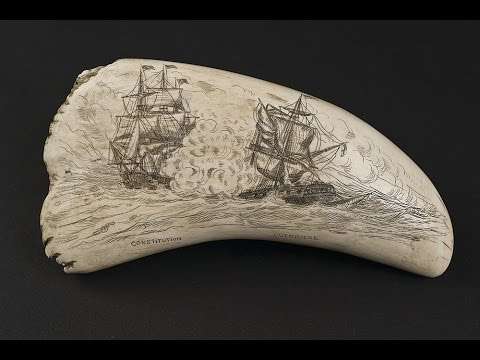 6) HOW DO THEY LIVE AND CAN THEY COMMUNICATE WITH EACH OTHER?

Female sperm whales live in pods of up to 20 members with young and other females, and males will join in the mating season, but once the mating is over, males will head off on their own. Young males will usually leave the harem at around four years old, and sometimes form pods with other juvenile males. Sperm whales stay in touch with their kin via long distance sonar clicks. Scientists have also found that each whale has a distinctive sound, much like the individualism of human voices. 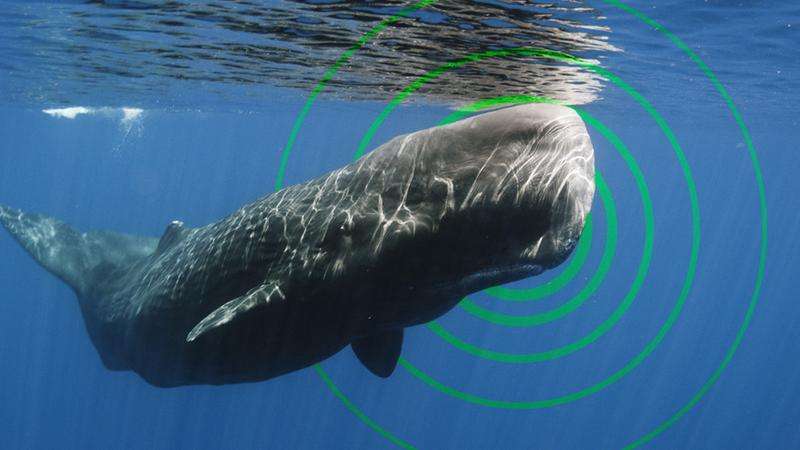 7) WHY WAS THE SPERM WHALE SO PRIZED BY WHALERS?

Their defining characteristic was their downfall, with spermaceti being highly sought after as a source of smokeless candles for lighting. In the 18th and 19th centuries as the industrian revolution bloomed, street lights and lanterns became more and more prevalent, and a side effect of this (for the whale, at least) was a huge demand for the fuel to light them. In the 1700s alone over 230,000 sperm whales were killed to bring light into the lives of humans. The overhunting and inevitable scarcity of the whales eventually led to an increase in price for spermaceti, and alternatives, such as coal and natural gas and kerosene, were found, driving the sperm whale hunting industry into decline. 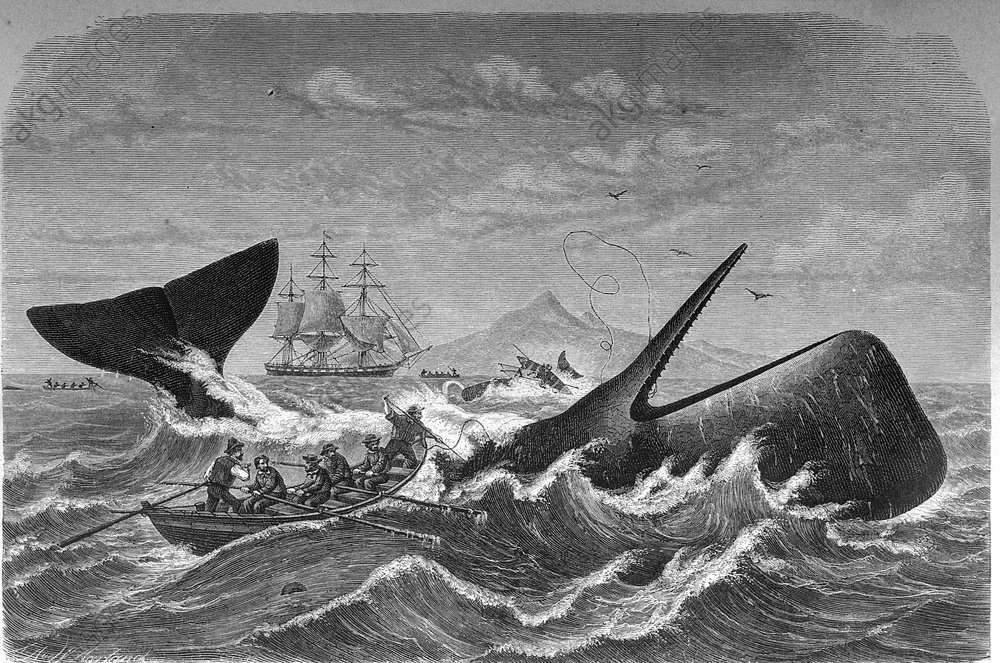 8) HOW DO THEY SLEEP

Sperm whales sleep vertically in groups about 10 metres below the surface, and take brief naps throughout the day of between 10 and 15 minutes at a time, during which they do not breath or move. 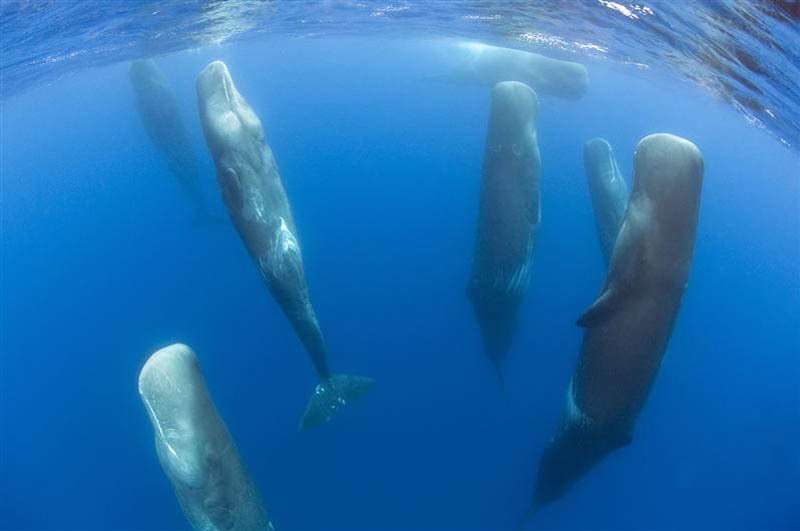 Whales are unpredictable creatures and it's not always easy to know where they are, but they are easily seen once they breech to take a breath, with their their tell-tale waterspout being a dead giveaway. On most SeaTrek cruises when we are sailing across the Banda Sea and up through Raja Ampat waters between September and April, there will often be a huge cry from the crew of 'paus, paus! (whale, whale!), and all our guests will rush to the side of the boat with binoculars in hand to catch a glimpse of these magnificent creatures - as happened just this very week with a very up close and personal encounter on Katharina in September 2019.

It's not just sperm whales that we see on our cruises and there are many different species around, from spinner dolphins all the way up to blue whales. If you would like to take a chance to see whales on the open sea with SeaTrek while enjoying all our other myriad experiences, contact us now and find out more.

If you would like the chance to have an encounter such as this, click on the links below to find out more about our cruises in Eastern Indonesia.