Wayan and the Turtle King

Whereabouts in the world are you based, Yvette?

Right now, I`m based in Canada. I've been a scuba diving instructor and English teacher for most of my life, which means that I've lived in lots of countries, from Indonesia to Egypt. Teaching is a great way of exploring our beautiful planet, above and below the waterline.

How often do you get into the ocean?

My life is usually arranged around being near water. I first learned scuba diving and freediving in Egypt, learned to surf in South Africa and how to SUP in Korea. It`s winter in Canada now, but I look forward to meeting seals, whales and orcas later this year!

What does an average day look like for you?

I teach adults at the moment instead of kids. I’ve been surrounded by kids and their positive energy for the last four years so it’s challenging to be back in ‘the real world’. Most adults seem so caught up in their routines that they don’t really take the time to consider their habits. People have forgotten that their choices and voices matter.

In my free time, I research habit change, sustainable living solutions and potential charities in Indonesia. I like coming up with craft ideas to re-use things, instead of buying new stuff all the time.

Even though it’s pretty cold in Canada right now, it’s still possible to hike, snowboard and practice freediving indoors. I try to spend a lot of time outside. 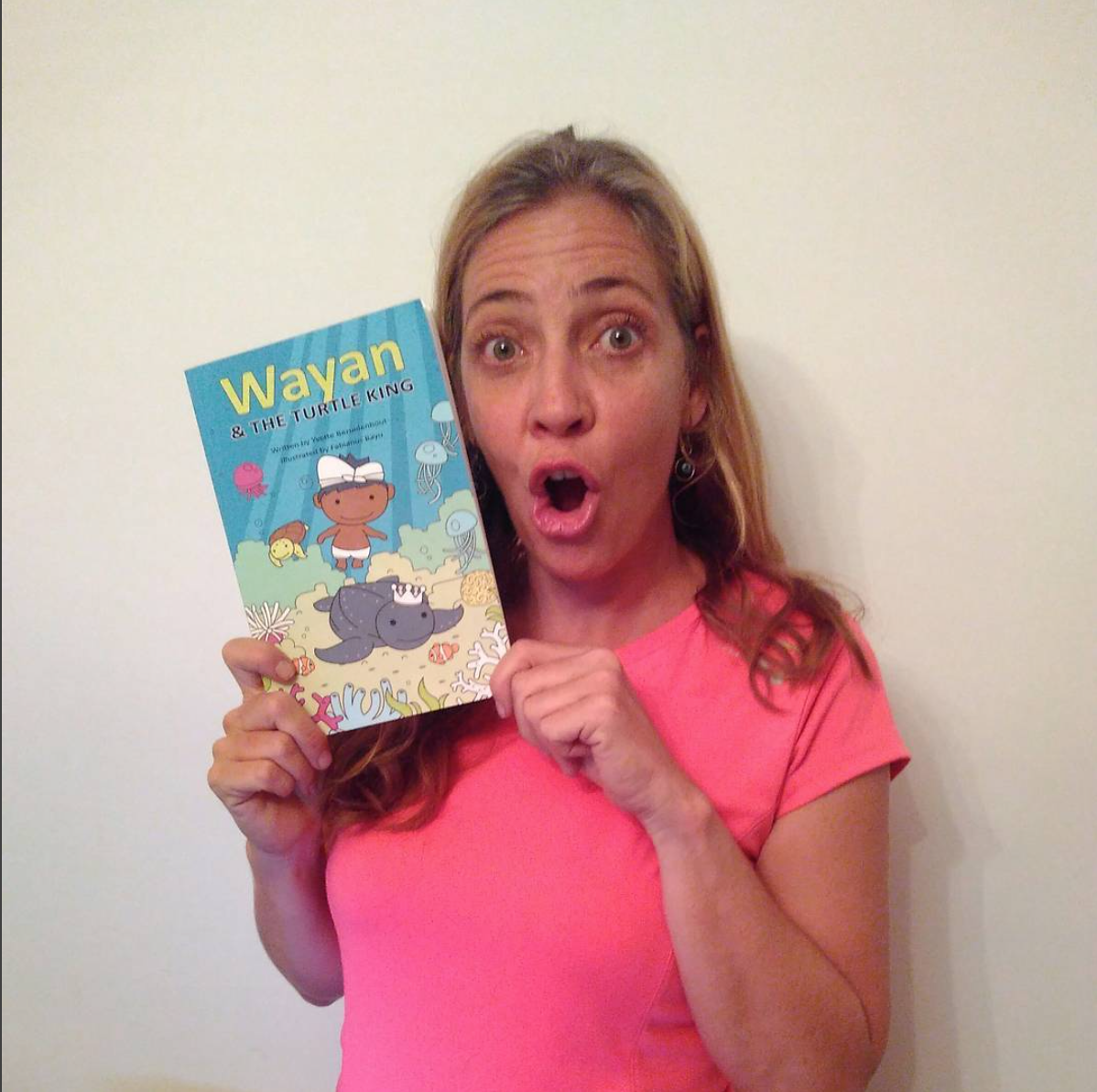 When did you discover the issue of ocean plastic pollution?

I worked in the South of Egypt in 2006 and we`d see rivers of plastic flowing just underneath the surface as the boat moved between dive sites. We often found whole dive sites covered in trash after the liveaboards left! It was shocking and sad.

Fast forward 7 years to The Philippines. When you freedive in the open ocean, you don`t necessarily see lots of marine life, but gosh, we definitely saw more plastic than fish!

I always thought that The Philippines was the worst, until I moved to Indonesia in 2015. Single-use plastic bags are used for everything: dipping sauce, drinks, take-aways… all of which simply gets discarded. Our freediving training sessions in Amed included picking up plastic between the surface and 20m. As we removed trash, more washed past to take the place of the pieces we`d just removed. We didn’t even make a dent. Once, my flip flop broke, and I was able to find around 3 replacement straps out of at least 30 sandals washed up along a single stretch of beach!

Tell us more about the book…

There are two parts to Wayan and the Turtle King. The first part tells the story about a boy called Wayan who lives on a beautiful tropical island. He comes from a long line of fishermen, but things start changing in the village. People are getting sick and the fishermen aren’t catching much fish anymore and no one knows why. One day, Wayan falls overboard and a young turtle named Bintang saves his life. They embark on an adventure that will change Wayan’s life forever.

The second part includes comprehension questions and activities designed to improve reading and language skills, as well as encourage critical thinking and creativity.

What motivated you to write this book?

I was teaching at a school in Bandung and I launched a plastic awareness campaign and competition. I wanted kids and their teachers to start thinking about how they used plastic and how they could change their habits. I contacted Bali Buda, Indosole and my future illustrator, Fabianus Bayu (Shirohyde), to donate prizes to my competition. I used his awesome cartoons and some images from the Christine Figgener's famous video of the turtle with a straw up its nose as teaching aids. I've never met anyone who doesn't love turtles, and the kids were visibly touched when they saw the turtle suffering in pain. Even adults tear up when they see that video.

Along the way, I realised that there weren't many educational resources available for kids to learn about this critically important issue.

What age of children is this book suitable for?

Where is the book available to buy?

The printed and e-book versions are on Amazon and most book stores that have an online ordering facility.

How many countries have you distributed the book to?

The Kickstarter was aimed at getting the book distributed throughout Indonesia, because they have millions of young readers and I love Indonesia so much. I’ve printed and distributed 200 books so far and I’m about to print the next lot. My first goal is to donate 1,000 copies to Indonesian reading and environmental charities, and then to use book sale income to expand the project to Central and South America, Egypt and The Philippines.

How many schools have you distributed your book to? 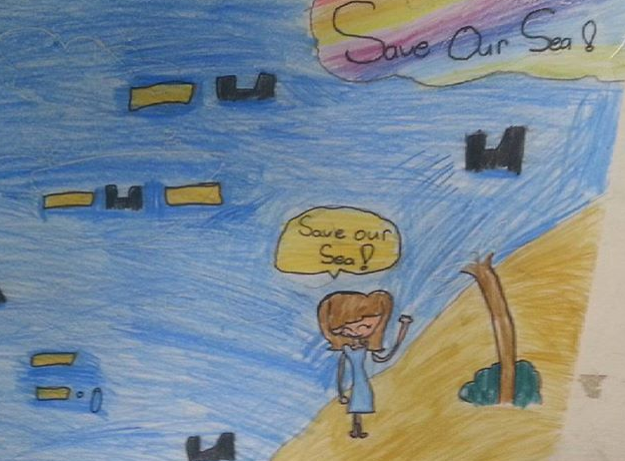 You reached 100% funded on your Kickstarter campaign for the book with £3000 pledged, that must have been an amazing feeling right?!

You have no idea! I’m so grateful to all my friends who supported me, and to the friends I made along the way. I’ve fundraised for charity in the UK before, but my target was fixed this time round so it was pretty stressful at times. Asking for money every day for 30 days definitely keeps the ego in check! I had to do a lot of research before I launched my campaign. I made a plan and followed that plan, based on other people’s experiences with Kickstarter. The most uplifting moment was when I got a HUGE donation from someone I didn’t even know. Even now, it makes me cry.

What kind of challenges did you face creating the book?

The book is a culmination of people’s commitment and time. It’s so important to choose reliable people who have the same vision and commitment to the project as you. I couldn't have done anything without the help of Indonesian friends getting involved with the printing side. I’ve also changed country since writing the book, so I’ve had to start a new job while juggling book responsibilities and time zone differences. I’ve learnt a lot about being patient and trusting other people.

Green Books have been an amazing help to you and the distribution of your product, how did you get involved with them?

Kyle Parsons, the founder of Indosole, helped me with my school project in Indonesia. I contacted him to see if he knew anyone who could help me with the book, and he introduced me to Petr Hindrich from Green Books. A friend of mine introduced me to Aprile Denise, and I found out about Taman Bacaan Pelangi through Tedx.

What is your ultimate goal with the book?

As an English teacher, my goal is to help kids to improve their reading and English skills. I am passionate about leveling the playing field – I want kids to be able to access books regardless of their financial situation or country of birth.

I have a duty to do everything in my power to protect my blue planet. This is my way of sharing my love for the ocean and its creatures with kids who don’t necessarily have the means to SUP, snorkel or swim.

What do you hope to do in the future? Do you have any more projects lined up?

I plan to set up a non-profit organization this year, branch out to Central and South America and go from there!

I would also like to become a swim instructor, so that I can do a similar volunteer project further down the line.

Thanks to SUP KIds for the great interview.

We donate "Wayan and the Turtle King" books to all destinations that we visit on our cruises. Have a look at the selection of our uniquely tailored cruises below.

East of flores: the remote ring of fire I (Komodo-Maumere)