A Big Thank You to SeaTrek From The Wallace Correspondence Project

Since 2017 I have been helping SeaTrek develop the Wallace-related content of its cruises, in particular the twice-yearly cruise "In Search of Wallace and His Living Treasures". For every pair of trips I lecture on, SeaTrek makes an extremely generous donation to the Wallace Correspondence Project equivalent to the value of one two-berth cabin. These funds are being saved and will be used to continue the project when our grant ends in August next year. They will enable me to continue work on Volume 1 of the Correspondence and will also give me time to seek additional funding to employ staff to assist me. On behalf of myself, the project and our patrons Sir David Attenborough and Bill Bailey, I would like to say a very big thank you to SeaTrek and its Directors for their invaluable support. The project may have had to come to an abrupt end in August next year without it.

Who Was Alfred Russel Wallace?

British biologist Alfred Russel Wallace (1823-1913) was undoubtedly one of the greatest scientists in history. Why? Because in 1858 he and Charles Darwin jointly proposed what has been described as "the greatest idea ever to occur to the human mind": the theory of evolution by natural selection. The concept came to Wallace in February 1858 during an attack of fever on the Indonesian island of Halmahera, halfway through his epic eight-year natural history collecting trip in the region. When he returned to his house on the nearby island of Ternate in March, he sent an essay which explained his great insight to Darwin, who he knew was also interested in the subject of species evolution. On the 1st July, only 14 days after his letter arrived in England, his essay was publically read at a scientific meeting in London. It was accompanied by two previously unpublished excerpts from Darwin's private writings on the subject, which were intended to show that he too had devised the same theory. Darwin ended up receiving the lion's share of the credit for the idea, thanks to his book On the Origin of Species, which he hastily wrote and published a year later. Wallace went on to do a huge amount of invaluable work to expand and bolster the theory and, among many other things, he founded the discipline of evolutionary biogeography - the study of species distributions in space and time.

What is The Wallace Correspondence Project?

For more than 40 years, a relatively large team based at Cambridge University Library has been working on publishing the c. 15,000 surviving letters to and from Darwin. The 27 thick volumes they have produced have been a goldmine of information for biographers and other academics, resulting in the publication of literally hundreds of books and articles about Darwin's life and work. In 2010 I set up a project to do the same for Wallace's correspondence, and myself and a very small team have been working on it (with one break of 2.5 years) ever since then (see the project's website here). We have obtained digital images of around 5000 letters from 180 institutions worldwide, and have catalogued them and the data about the letters in our project's database. By the end of our current three year grant (August 2020) we will have produced basic electronic transcripts of all the letters and made them freely available online.

We have also begun the exacting task of producing carefully edited transcripts with scholarly annotations of Wallace's earliest letters, from his childhood up until his return from the 'Malay Archipelago' in 1862. These will form Volume One of our proposed publication The Correspondence of Alfred Russel Wallace. The task of editing the first volume will take place after our current grant ends, so we will need additional funding to ensure that this and our work on his many other letters continues. We estimate that Wallace's correspondence will ultimately fill c. seven thick volumes, each taking around two years to produce, so it may take a further 14 years to complete the project at our current staffing levels. Sadly, funding for projects such as ours is very tough to obtain, and is not helped by the current economic uncertainties in the UK where the project is based. It would be a tragedy for the history of science if the project cannot be completed due to lack of funds, and also a sad waste of our time and previous funder's money (£746,165 GBP so far). 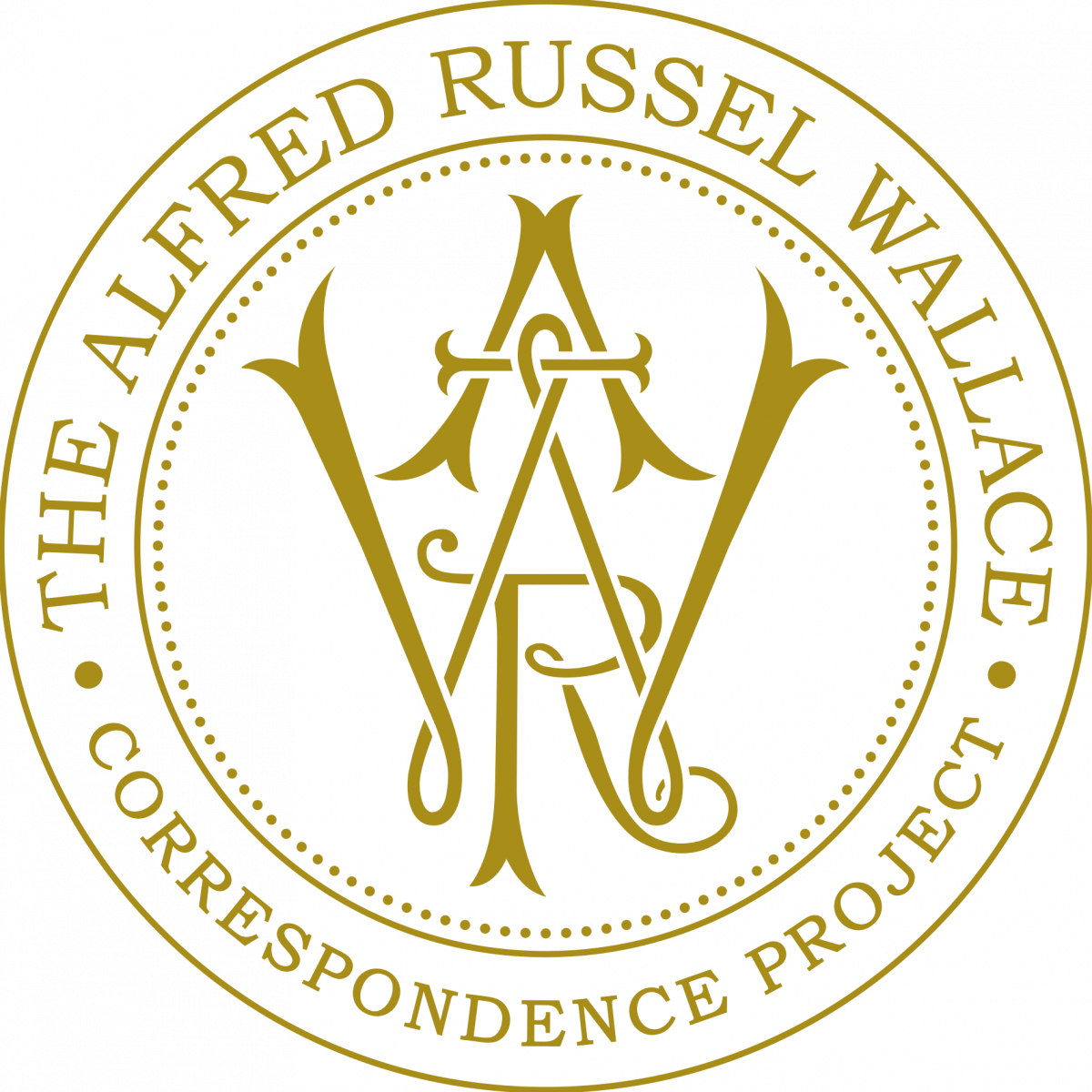 The region of the world most evocatively associated with Darwin is the Galapagos, while for Wallace it is the 'Malay Archipelago' (Singapore, East Timor, Malaysia and Indonesia). Wallace's travels in this region are legendary and The Malay Archipelago, the famous book he wrote about his journey, has never been out of print since 1869 when it was first published. Wallace did more to document the animals of the region than anyone else in history, collecting 126,000 natural history specimens and discovering 5,000 species new to science, including many iconic ones such as the Giant Bee, the Golden Birdwing butterfly and Wallace's Standardwing bird of paradise. He wrote many important scientific articles while in the field, and discovered the Wallace Line, which divides the archipelago into two great zoological provinces: the Oriental Region to its west, and the Australasian Region to its east. The area of Indonesia between the Line and New Guinea was named Wallacea in his honour.

To cruise with George Beccaloni and SeaTrek Sailing Adventures to see Wallace's Living Treasures for yourself, follow this link for the adventure of a lifetime.